By Kevin Judge | June 16, 2019
Earlier this week, Bernie Sanders proclaimed that Government must protect Americans economic rights he says are not covered in the Constitution. Included were the right to quality health care, a living wage, affordable housing, education etc., etc.

The problem here is that Bernie’s brand of socialist economics is not REALLY about economics. It is social reengineering mixed with authoritarian governance. The economic results are just a byproduct. 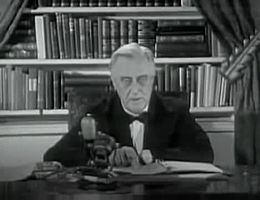 He evoked Franklin Roosevelt and the New Deal, which did move the country and government left word. But Roosevelt, a least after he got slapped down by the Supreme Court, did not try to replace the private sector with the government. Social Security supplemented private pensions, it did not replace them.

Berne and his ilk will never understand that the Constitution DOES provide economic rights. You have the right against seizure of your private property without compensation and only for a public purpose. You have the right for personal papers, for business or otherwise, to be protected from search without a warrant and probable cause. You have intellectual property righta because it established the Patent Office, one of the greatest American innovations.

It protects you from a wealth tax to steal the fruits of your labors, and it used to protect you from an income tax that does the same. Other rights, such as freedom of speech protect both the individual and the economic enterprise.

Barak Obama called these negative rights because they define what government cannot do,  instead of what government must do for you. The former President mocked people who called him a socialist, but he repeatedly expressed the same mindset of Senator Sanders, who at least had the honesty to wear the socialist label.

I prefer REAL economics. The hidden hand and self-interest does a pretty good job of providing me with dinner, not centralized economic planning!