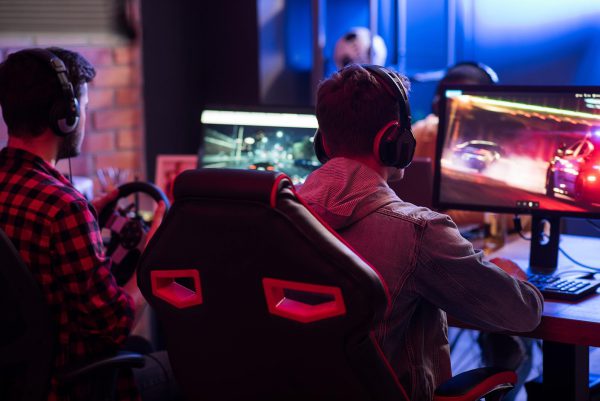 The Esports and global gaming industry has exploded in recent years as people of all ages turn to video games for entertainment over movies and music. In fact, the annual revenue from the gaming industry was higher than music and movies combined in 2018 and is expected to more than double in the next two years.

As with other professional sports leagues, Esports has its own universe with a full range of opportunities for smart investors looking for the next wave.

Esports Industry Fanbase on the Rise

First, there are the players themselves, many of whom have earned worldwide fame, recognition, and income from victories in Esports competitions. One example is the 2018 International DOTA 2 tournament in Vancouver, which featured an impressive $25 million USD prize pool.

The Esports audience is also increasing, as more fans tune in to watch amateur and professional gamers compete. The fanbase has already grown exponentially, with roughly 25.7 million Esports viewers in the US alone last year. That number is also expected to skyrocket in coming years, up to 300 million frequent viewers worldwide by 2022.

Companies are seeing the huge potential of Esports, with big names like Activision Blizzard (NASDAQ: ATVI) signing on to distribute tournaments, while online advertising and corporate sponsors provide most of the revenue for gaming companies.

Investing in the Esports Industry

There are a number of ways for investors to get in on the action, from investing in Esports game developers and publishers to digital media platforms and Esports tournaments.

Although the video gaming industry is dominated by massive game publishers such as Sony,

Tencent Holdings Ltd., and Apple, there are a number of smaller companies that are gaining attention.

One of which is Axion Ventures (TSX.V:AXV) (OTC:AXNVF), which just received a vote of confidence from Apple for its recent joint-venture-released mobile video game, INVICTUS: Lost Soul, the first AAA-quality, Esports-focused mobile game created in Thailand.

TAI released INVICTUS in April and quickly garnered serious support when Apple decided to include the game in a press event it hosted in Singapore last week.

The company also sealed a huge deal with Tencent for its game, Rising Fire, which saw the industry giant feature the game as its flagship product in 2017.

“Axion Ventures has an incredibly diverse range of companies in its portfolio: everything from AAA online video games, to companies utilizing location-based services to offer marketing automation solutions,” says Axion Ventures CEO and chairman John Todd Bonner in a statement on the company’s website.

“The common thread which ties all of us together is our tolerance for taking calculated risks, our passion for building world-class industry-leading businesses and our singular focus on creating huge enterprise value for our shareholders,” he adds.

Axion Ventures is publicly traded on the Toronto Venture Exchange and OTC Markets under the symbols TSXV:AXV and OTC:AXNVF.