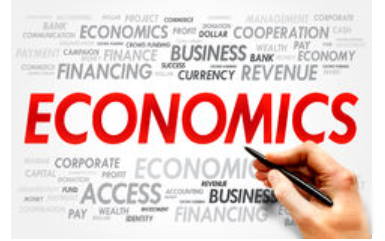 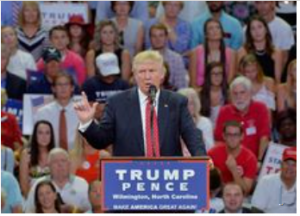 President Trump kicked off his reelection campaign this week with a rip-roaring  rally that no other politician in my lifetime could stage. He packed a 25,000 seat arena with thousands more outside, all appearing to have a wonderful time chanting and cheering for a leader they clearly love.

His speech, if you call a Trump rally performance that, included a list of his impressive accomplishments in less than 3 years. Economic growth has far outpaced all projection, unemployment is at record lows and wages are rising for the first time in decades. He pointed out something that you won’t hear from most media sources, that African-Americans and Hispanic Americans have even higher wage growth than the rest of their fellow citizens.

This is a story that needs to be told, one the mainstream media is highly reluctant to tell. Worse, they give credence to the claim that these results come from the policies of the Obama administration. They argue that the trend on growth and jobs was up when Trump took office and it simply took long to take hold because of the severity of the recession Mr. Obama inherited.

It is noticeable that never actually point to specific Obama policies that produced these results!

Trump rallies are a classic example of “preaching to the converted”.  Rallying loyalists is great for mobilizing the base and is critical to winning a close election.  It would be MUCH better if the election was not close, and we have had the type of economic performance that could fuel a landslide win.

To expand his support and broaden his base, the President needs to explain exactly what is “Trumpanomics” and connect his specific policies to the results produced. If he doesn’t, he will be at a disadvantage in combating opponents that are running to reverse those policies with the support of most of the media.

There are four pillars to Trumpanomics. The Democrats are antithetical  to three and have been obstructionist on the fourth.

Tax Reform: The Republican tax reform has been criticized for being more focused on businesses than individuals. Well, yes. I would like to have seen more significant rate reductions for individuals. On the other hand, it delivered tax relief that improved profitability with powerful incentives to for important business reinvestment, like immediate write off of plant and equipment.

The only surprise is that so many liberals are either surprised or are in denial that it worked. Far from the “sugar high” liberals claim, the benefits will reverberate for decades. Of course, that assumes they aren’t repealed by a future liberal administration.

Deregulation: In his first year alone, the administration reportedly repealed 22 regulations for each new reg. This was extraordinary and by all reports business, especially small business and startups have found it significantly helpful. All sectors have benefitted, but most significantly health care and energy. Businesses in general were paralyzed by the stress and uncertainty from the flood of Obamacare regulations and chaotic implementation.

Energy Dominance: Every President since Richard Nixon has placed energy independence as a national goal, but it has finally occurred. Obama could claim the lions share of credit, if his policies weren’t dedicated to restricting the very energy sectors that have delivered for us. The groundwork was created by the pro energy policies of President George W., but Trump has clearly grasped the profound significance of this to both domestic and foreign policy.

His pipeline approvals, industry deregulation and support for energy exporting will promote economic stability at home and abroad. Again, unless Democrats have their way again.

Renegotiate Trade Agreements: This is the one pillar where there is some support by Democrats, especially relating to China. It is also the only one where Trump gets an incomplete grade. The Congress has yet to act on the renegotiated NAFTA, an agreement with China is not yet nailed down and economic chaos in Europe has made finalizing deals difficult.

I personally have issues with how the President views trade and trade deficits, but he has successful made the case that past deals were not entirely in the interest of the average American. His policies have been very pro business, but he correctly makes a distinction when business interests diverge from the the interests of the country overall.

If there is a big victory to be had, Mr. Trump needs to persuade many more Americans that the economic success he presides over is not just an accident in timing of a business cycle or windfall from Obama Administration policies.

That would be curious since Obama was remarkably disinterested in promoting economic growth, and his supporters lectured us about the need to accept a new normal of slow growth for the foreseeable future.